Lucky me, I got to do an internship at the Goethe-Institut in Cyprus. During my stay there, the exhibition Games and Politics was opened. The exhibition was super interesting and i finally got to use my knowledge I aquired at university (or at least a bit of it).

Games and Politics was first opened in 2016 and reached Cyprus in 2019. As I was a super helpful and competent intern (höhö) I developed a tour through the exhibition. In the following you can read the text made for the tour which I edited a bit so that it is understandable and interesting even without seeing the exhibtion. I got to admit though that I am a lazy person so I did not change as much, so just imagine beeing in the tour.

The curator of the exhibition, Jeanette Neustadt, said herself that she had doubts about video games and that she would tell her sons to use their time better than to waste it on video games. But curating this exhibition showed her better, that some games are worth playing. And I would say not only some.

Games have a lot of potential as we are not just watching and listening but are really interactive with the game. That is why there is a great opportunity for empathy, taking on roles, seeing and feeling the world through other’s eyes which can be a really good tool but can also be misused. Especially the games shown in the exhibition represent that really well.

In Cyprus the exhibition was devided into five sections: The diversity and gender section, the power and powerlessness section, the tablet section, one section with games which aren’t that interactive and the anti-war section.

As you may will notice most of the games are independent games which means that they are not produced or financed by major game production studios. As in other media, also games (especially those who are made by big companies with a lot of money with the aim to get a lot of money) have a representation problem. What do I mean by that?

The characters in the games are mostly white, male and heterosexual.

And the people who make the games are white, male and heterosexual as well.

This is kind of result and reason for each other which creates a vicious circle. So a lot of people in this world aren’t represented, neither are their issues. Luckily the gender and diversity section shows games working against that.

The diversity section includes two autobiographic games: Dys4ia and The coming out simulator. One game is about the life as a trans woman which clearly states that it shows just the situation and feelings of an individual person, and one is about coming out which is, as it says itself, only half true.  Both are really nice games I think and don’t take long to play. The games make players feel what the developers have been through in their lives. Of course, it is probably nothing in comparison to feelings and emotions the designers have been through in „real life“.

In The coming out simulator we see an intersectional character which means someone is discriminated against in more than one way. Here, the protagonist is not only gay but also Asian which is pointed out in the game as complicating his situation even more.

The games does not take long and you can play it here: https://ncase.me/cos/

Also the protagonist in Sunset, a game in another section, is an intersectional character, a black woman. You can just see her when she is mirrored . I think, this is kind of a really nice metaphor as black women aren’t really seen in this white male dominated society as well.

But back to our first section. Dys4ia was developed with a program everyone can use to design computergames without any programming knowledge or money leading to a democratization of the means of production. So not only milliondollar firms can produce always the same stereotypes with the result that diversity can be spread in this medium.

Last game in this section is Perfect woman. It is fun to play as you have to move your whole body as shown on screen. The movements are not similar to real life movements or the real problems women face in everyday life, so the question arises how this game is even feministic?

I guess on the one hand you could just see it with irony.  The weird figures are supposed to represent women, the way too big movements could point out the question how stupid it is to even draw a picture of the perfect women. On the other hand, the game clearly shows how far your decisions and destinies make some opportunities in life even impossible. Especially for woman. Besides that the developer says that the Kinect program is not a perfect system, like society, it cannot detect everything. So if you take a little help from your friends you may can trick the system.

Okay, but now we go to the next topic. Power and Powerlessness. Who has got the Power and who has not?

For one event we had the developer Daniel Marx here. He and his team developed Orwell and he explained that they got the more concrete idea of the game after they heard about Edward Snowden, a whistleblower, who revealed global surveillance programs. And I think this is a very nice example to show how society and certain events influence media but also how media influences society. As the people who play the game see how dangerous and misleading it can be when you put all your information on the internet. In the game you are the one using the surveillance system Orwell to find who is maybe dangerous and who isn’t.

In another game of this section called Papers, Please you take the role of a border officer. You get to decide who is let inside the country and who is not. Are they lying or not? If you do it wrong it could not only lead to a salary cut which also means that you can’t provide for your family. You could also let a terrorist pass.

The cat and the coup is aesthetically a really beautiful game I think. The game shows the death of  Mohammad Mossadegh who was the Iranian prime minister from 1951 to 1953 and was deposed by a coup orchestrated by the British and U.S. American intelligence services. At least the CIA acknowledged their leading involvement… in 2013 (so 60 years later). The disagreements and problems were dominated by the continuous proposal to nationalize Iranian oil fields. So I would say in the end it was all about money… as usual.

In the game you play a cat and it starts with the dead of Mossadegh. The cat goes and falls from room to room reliving the cirumstances leading to the death backwards.

Phone stories, a tablet game, is criticizing capitalism and the resulting exploitation. It was banned from the App Store after four days as it shows cruelty against children at least that is what Apple states, and this ban had probably nothing to do with the fact that you can see products in the game, showing a brand whose logo is a pear (which probably should refer to an apple). You can still get the game for Android though.

Yellow Umbrella was a results of a political event. Sadly, the game was even more relevant last year again as it is related to the demonstrations in Hong Kong in 2014.

Last but not least, the anti-war section. Some of them were made to show the other side of a war or maybe even the more real side of war than most war games show, like Call of Duty, Medal of Honor, etc.

This War of Mine, for example, shows three men, (yes three men, no women, very interesting..), who are surviving in a city destroyed by war. The question in fact is if they will survive. It is one of the most known games in the exhibition and as some people say is a game for real gamers as it takes time and you have to build things up and it is not as fast going and action orientated as others. The developers even said that this game should not be fun. I played it for five minutes and it is really depressive. Not just because of the story but also due to dark colors and heavy, opressive music. In the game you do not always see all of the characters as for some tasks one character goes out alone and apparently it can happen that you come home seeing one of your friends killed himslef.

The next game shows hard facts as well. Killbox is a two players game, one is the drone pilot and one is the aim he should shoot. The pilot has to log in with his username whereas the target is just seen as a pink ball. You see the same situation and landscape which is based on documented drone strikes in northern Pakistan from two different perspectives. It is indicated that player two (the pink ball) is a child because of the relative size and other things. At the end of the game a text appears, saying that the first aerial vehicle missile strike in an unofficial war zone in 2004 killed four people and two of them were children. Since then more than 3.000 people were killed by UAV or drone strikes piloted from far, far away.

In Unmanned you take the role of a drone pilot as well and experience one day in his life. It visualizes the distance between the protagonist and the war. As he is living in an American suburb and the war is far, far away and all he does is pushing buttons which is why he feels unmanned.

Whatever unmanned means… Though it would be good for the gaming industry to unman, so equality can rise up.

So we are back at the diversity topic and at the end/beginning of our tour. As you can see, gaming is an important medium in our age which is not just a niche anymore and not worth less than other media. The games here clearly show that games not only address important issues and problems in our society but also reflect themselves. 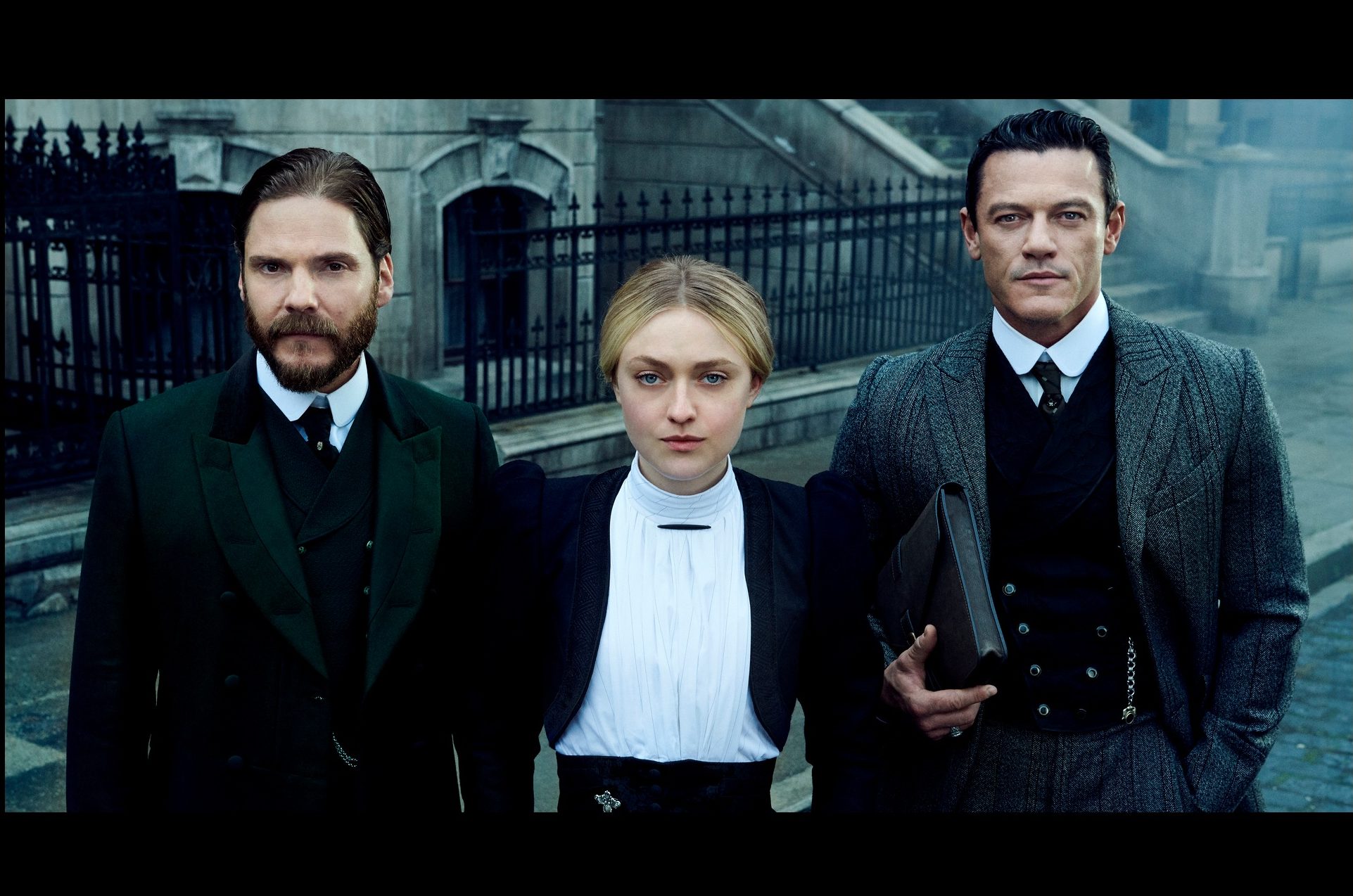